***Closed: Congrats to Jen & June!***
Laundry is one of those never-ending jobs in our house. It's right up there with dishes and picking up after the boys in the house. So, I'm glad I can rely on Tide to help me keep our clothes clean and smelling fresh.

To celebrate its 65th Anniversary, Tide is issuing special-edition packages with the 1947 label. Procter & Gamble is offering shoppers a "blast from the past" with retro-packaged Tide, Bounce, and Downy available at Target in May, while supplies last. Tide's promise for “the cleanest clothes possible” is still going strong more than a half-century later. 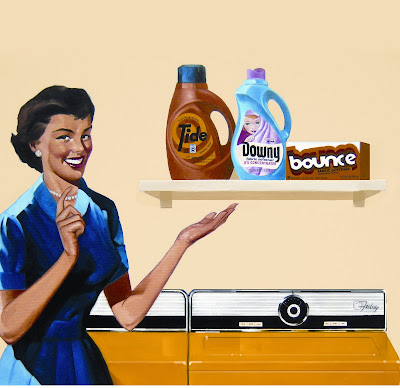 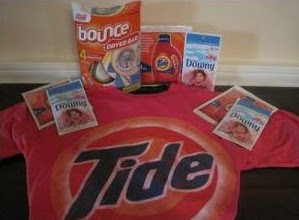 Mandatory entry: Tell me in the comments how many loads of laundry you do each week.

Samples were provided. However all opinions are our own.
Posted by Staci A at 9:09 PM 17 comments:

Ever since going gluten-free last summer, I've been looking for healthy snack foods that I can still munch on. Some days it's a struggle to find something that tastes good, is fairly healthy for me, and satisfies my craving for something "snacky." 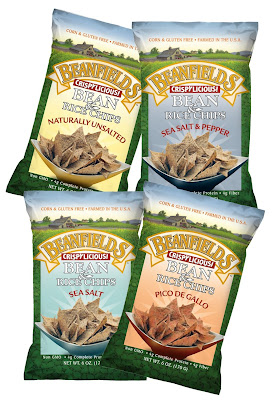 We tried the Sea Salt and Sea Salt & Pepper flavors and were surprised at just how good they were. Hubby was a little leery at eating a chip made from beans, but I caught him eating more than his share after he tried them.

Beanfields Bean and Rice chips are crunchy and very flavorful. I loved the seasoning on the Sea Salt & Pepper. They had just the right amount of "kick" from the pepper. Very, very addictive. And I don't need to feel guilty for eating them!

We received product to review. All opinions are our own.
Posted by Staci A at 9:30 PM 1 comment:

I'm always looking for new a book series directed towards kids to share with my son. Little Man and I have read many books from the Magic Tree House, the Bailey School Kids, and the Captain Underpants series. He loves when we can open a book and already know who the characters are.

We recently were introduced to the Bindi Wildlife Adventures series by Bindi Irwin. For those of you who don't know, Bindi is the 12-year-old daughter of the late Steve Irwin, the Crocodile Hunter. Bindi has her own clothing line, Bindi Wear International, which launched in 2007, and her own TV show, Bindi: The Jungle Girl, which won an Emmy in 2008 and was nominated again in 2009. She’s also won two Nickelodeon awards, and in 2010 her first full-length feature film, Free Willy 4, was released.

Bindi: The Jungle Girl was one of my 6-year-old's favorite shows. He was so upset when the tv station changed hands and he learned we'd no longer be able to watch it, so I knew her new book series would be a hit with him as well.

The first two books of the series, Trouble at the Zoo and Rescue (for ages 7-10) were released this month. The Bindi Wildlife Series is inspired by Bindi's real life, raising conservation awareness and living at the Australian Zoo. The stories feature her brother, Robert, her mom, Terri, and her friends.

Bindi's adventures help show kids the importance of caring about, and for, animals. She helps children understand wildlife conservation in words and adventures that they can understand and relate to. Plus, the stories are exciting, silly at times, and are able to keep young readers interested.

Trouble at the Zoo and Rescue are available now for $4.99. Other books in the series will be released in the upcoming months. If you have a little animal-lover in your house, they will fall in love with Bindi's adventures.

Copies of the books were provided for review. All opinions are our own.
Posted by Staci A at 9:26 PM No comments: