There are certain things that just go together to me. Pancakes and bacon. A comfy bed and a good movie. S'mores and snow.

Growing up, we would make s'mores in the oven whenever the snow started coming down. During the winter, our pantry always had marshmallows, chocolate, and graham crackers. (Plus hot chocolate to go with it.)

Late last night, the snow definitely started coming down, with no end in sight. But, instead of snacking, Little Man spent most of his night curled up on the couch, sick.

This morning arrived with both good and bad news. Good news is Little Man is feeling much better. Bad news, the snow never did stop. Two feet or so later, our back door was snowed shut, and my car was almost indistinguishable in the driveway. 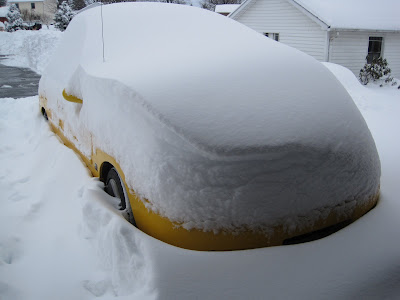 After shoveling (and shoveling, and shoveling), we decided to warm up with our own kind of s'mores. The s'more cupcakes, from Bakerella, looked like a perfect, ooey-gooey treat. And while they tasted delicious, the look left something to be desired.

For whatever reason, my marshmallows puffed and oozed, than fell flat and disappeared. Leaving a sad hole in the middle of my cupcakes. I blame the cheap marshmallows someone bought at the store (and possibly my crappy oven). Seriously though, nothing compares to Jet Puffed. 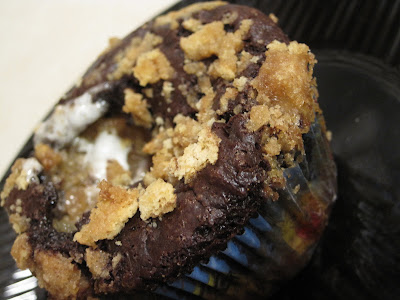 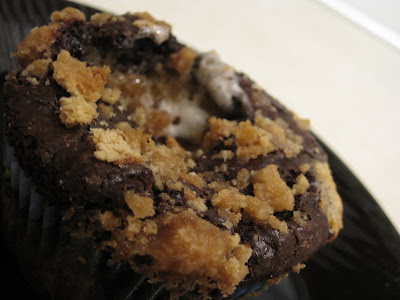 Then we tried to make a mini version. And that was a complete fail. There was no saving the pathetic mess they baked into. So they were crumbled, frosted, and covered with melted coating wafers. The outcome was a candy lovers dream come true, and pure excitement for a certain little kid. I think the bite I took left me in a sugar-induced coma for half the afternoon. 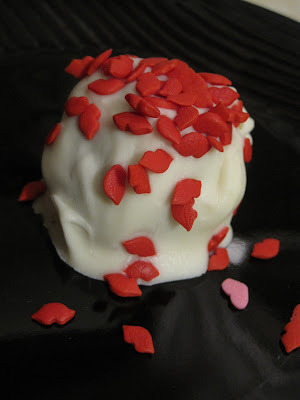 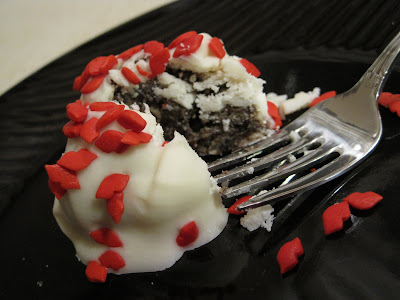 Now that is some snow!!! Wow! Haven't seen that much in a looong time.

Crafts And Activities For Kids said...

I WISH it would snow like that here! We only got ONE day of snow and then gone that night! Give us some :)

That's what our car looked like too. Some of our neighbors were piling the snow up next to their houses. Can you say flooded basement when it melts? I'll be taking pics today and posting them probably.

Our girls would seriously be in heaven! They love marshmallows. We bake easy smore bar quite a bit. Graham crackers, butter, & sugar w/choc chips & marshmallows on top. Yum!

Look at that snow!! You guys got what we didn't (thankfully) but we were still closed down all week. Crazy winter!

i'm wierd I am dying to get that much snow. I want a snow day from work. it doesn't happen very often though.

WOW - yeah you got a lot of snow but holy schmoly I could taste the sugar through the computer!! It looks great!