On Saturday, hubby and I went to his sister's wedding. I, for one, would never plan an outdoor wedding at the end of November, especially not at 4 pm, when the sun is starting to go down and every ounce of warmth there was during the day is gone.

It was a beautiful ceremony, but 10 minutes in, I was so cold I could barely focus. I felt like I was on My Redneck Wedding at a few points. There were people in camo, Nascar jackets, and jeans. I'm a self-admitted redneck. I grew up in the middle of nowhere, was raised on a farm, have gone mudding, and I'm all too familiar with cow-tipping. And I still find something wrong with combining camouflage with wedding attire.

A few moments, I was completely jealous though. They did look so warm in their big heavy jackets. I, on the other hand, announced after the ceremony that I had five minutes left until my big toes fell off. Plus, when I get cold, I lose all color in my face. So, by the time we were done with photos, I looked the Casper's long lost ghostly cousin. 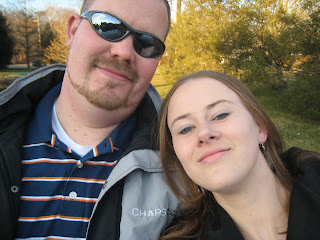 Here's hubby and I in a photo we took ourselves 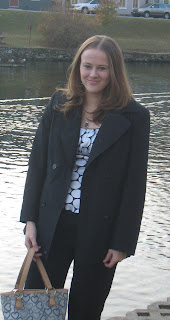 Here's one where I have a bit more color
Posted by Staci A at 10:11 AM

Outside wedding in the cold! Not for me!!

You've been tagged in the Photo Tag Game on my blog: Diana's Daily Ramblings It's an easy & painless game of tag!